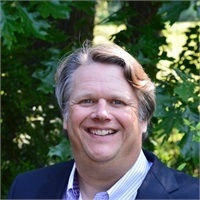 Marion "Terry" Foxworth has been in the financial services industry for the past 23 years. He started out with Prudential and then joined Northwestern Mutual in 1999. In 2012, he left Northwestern Mutual and started Foxworth Advisors. Terry has a degree in Business from Furman University. He has served on several nonprofit boards in his community including; United Way, Henderson County Young Leaders, Blue Ridge Community College Foundation, and Muddy Sneakers. When he is not working or volunteering, Terry is usually outside with his family or skiing, rock climbing, whitewater paddling, ultramarathon running, and mountain bike riding! He has lived in Hendersonville since 2002 and is married to Nicole. They have three awesome children.